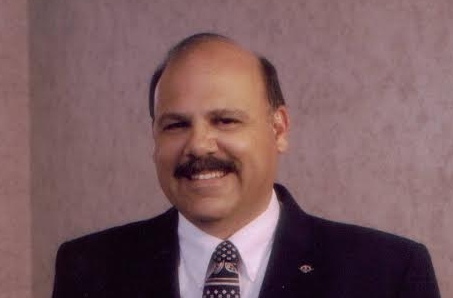 Bruce Gates of Goldsboro, NC a Real Estate Agent with Coldwell Banker Advantage, has been honored as a member of the company's 2017 International Sterling Society.  This distinguished membership was awarded to the Top Seventeen percent of all Agents worldwide in the Coldwell Banker system.

The Right Stuff
In his nearly 28 years in the military, Bruce flew many missions and many different aircraft, most notably the F-4E Phantom and F-15E Strike Eagle. And as a weapons officer, it was a job that demanded concentration and precision, as well as teamwork and strategic planning to enusre the successful outcome of every mission. But aiming higher at everything he does has always been Bruce's style - whether it's several hundred miles an hour in the air or with his feet planted firmly on the ground.

Details Matter
Throughout his Air Force career, Bruce has always been someone people could rely on. That's why during the Olympics in Seoul, Korea in 1988, Bruce was chosen as one of the few aviators to patrol the skies above the city - discouraging any potential threats. It was an honor he accepted and carried out the same way he does everything in his life, with the highest standards of professionalism and dedication.

Well Balanced
Where most people would slow down considerably after their retirement from the fast pace of military life, the thought has never entered Bruce's mind. He turned his full attention to beginning a new career in Real Estate in 2003 and has been just as laser-focused on success there as in his Air Force career. That said, he still makes ample time for his family and their favorite activities of deep sea fishing and camping several times a year.

Expect More
Bruce knows that before you can reach a goal, you have to know what youw ant. He works closely with every client to help them identify their objectives, then develops a strategic plan to help them accomplish it. Although he serves a wide variety of clients, Bruce is obviously very familiar with the specific real estate needs of military personnel and aims higher to help every client, military or civilian, reach their goals.

Final Approach
If you or someone you know are considering a move in or around the Goldsboro area, turn to the top gun that can help you get the very most from your home purchase or sale. With his strategic approach and passion for aiming high in everything he does, Bruce is clearly the real estate professional of choice. Because when it comes to helping his clients reach their Goldsboro real estate goals, Bruce Gates delivers A Higher Standard in Goldsboro real estate.

See what Bruce's clients have to say about working with him:

My husband and I were very pleased with Bruce's handling of the selling of our house. It sold in a very timely manner. Bruce was very professional and most of our transactions were done remotely which was great for us since we live out of town.


Information Not Guaranteed. Brokers make an effort to deliver accurate information, but buyers should independently verify any information on which they will rely in a transaction. The listing broker shall not be responsible for any typographical errors, misinformation, or misprints, and they shall be held totally harmless from any damages arising from reliance upon this data. This data is provided exclusively for consumers’ personal, non-commercial use.