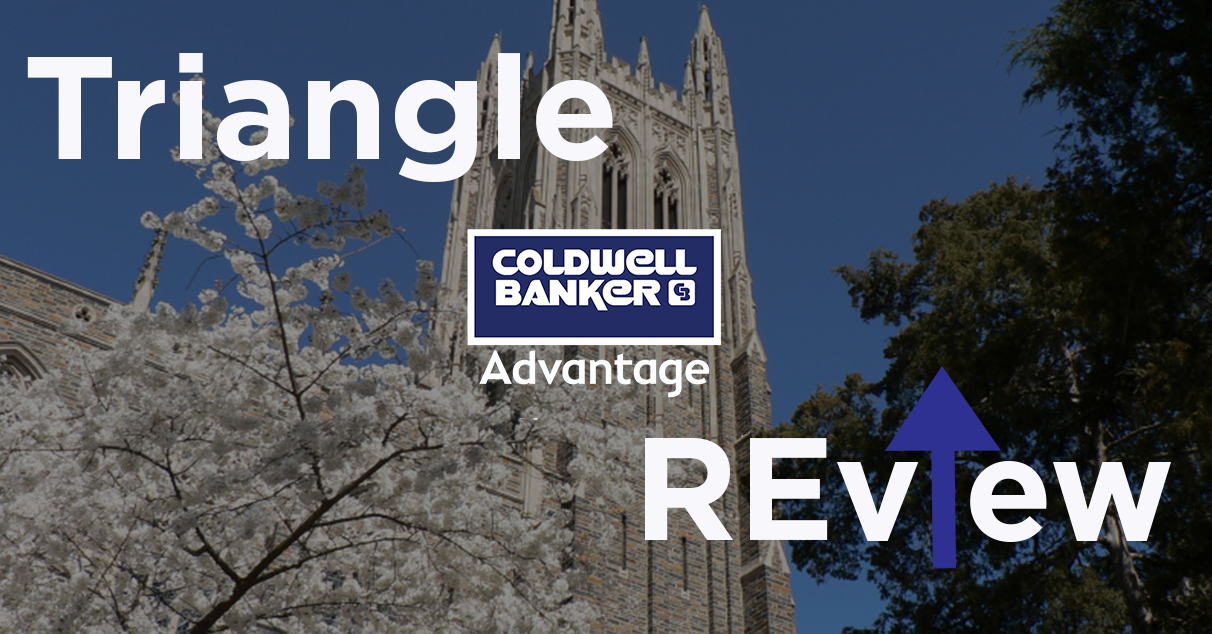 Market REview: So Much Great Information!

There is so much great information about the Triangle and the surrounding markets that it is hard sometimes to wrap your head around all of it. That’s why I really enjoy writing this monthly column.

This month I want to start with one great piece of research that put Raleigh in the nation’s top 5 of “baby chaser” markets. That’s the term Myers Research used in their report, not mine, for the 25% of Baby Boomers who are going to move to be near their grandchildren. While the Charlotte market topped the list, Raleigh was third! This is further evidence showcasing how the population growth of the region, affordability of homes and how our vibrant culture continues to draw in people of all ages which obviously impacts the real estate market.

Another great piece of data came in early August from the National Association of Realtors that found that 91% of the major markets it studied around the nation saw year-over-year second quarter home price increases. Durham-Chapel Hill showed an 8.9% gain while Raleigh increased 2.2%. Median home prices (the middle of all homes sold) ended Q2 at $314,300 and $296,900, respectively.

It is important to break down the numbers much more to get a solid look at our overall market. Using the July report from Triangle MLS, it’s interesting to see how real estate sales here follow a traditional Spring-into-Summer hot season:

Median sales prices have risen region wide by 7.7% since the year began – from $259,800 in January to July’s $280,000. The inventory – number of homes on the market – remains historically low which is the major culprit as to why our prices are increasing. In fact the median price recorded for all April, May, June and July sales have all been above $280,000, the highest recorded number in a month since 2007 reporting.

While I previously shared information from the first 6 months of the year, it is also important to look at the July-only numbers and compare to last July.  NAR reports that our median price is just $800 less than the national mark of $280,800 according to its latest Existing Home Sales Report.

Interestingly, a real estate industry report by CSS shows that local “showings” through July are at the fourth highest level (570,000+) since 2006.

The continued drop of mortgage interest rates that are now averaging around 3.6% for a 30-fixed mortgage is also bringing prospective buyers into the market. While most experts predicted this number would rise in the 5% range in 2019, the opposite has occurred and we are now nearing historical lows again. This is great news for buyers and sellers alike!

One sign we also look at is the health of the construction industry to see if new home builds equal demand. Thus far this year there have been 4,091 local building permits issued which is down dramatically from last July’s tally of 4,688 and the lowest since 2015.

Here is why this number is a bit problematic. Inventory levels are so tight in the ’Triangle’ that it takes just 26 days for a home to sell. This number is down from 44 days in February. To provide some perspective, July has averaged 75 days since 2007 including a high of 129 in July 2011. Region-wide we have been in the 20s in nine of the last 14 months.

Again, we compare almost exactly to what NAR reports for the nation. Inventory levels dropped by 1.6% compared to last July at 1.89 million available homes across the U.S. Homes stayed on the market about 29 days (up from 27) and 51% of all homes sold in 30 days or less.

I hope you are enjoying these market columns and I am helping you through the extensive information available.

If you have any questions, or want to work with any of our 350 agents, please don’t hesitate to reach out to me at rgregory@cbadvantage.com.

Information Not Guaranteed. Brokers make an effort to deliver accurate information, but buyers should independently verify any information on which they will rely in a transaction. The listing broker shall not be responsible for any typographical errors, misinformation, or misprints, and they shall be held totally harmless from any damages arising from reliance upon this data. This data is provided exclusively for consumers’ personal, non-commercial use.